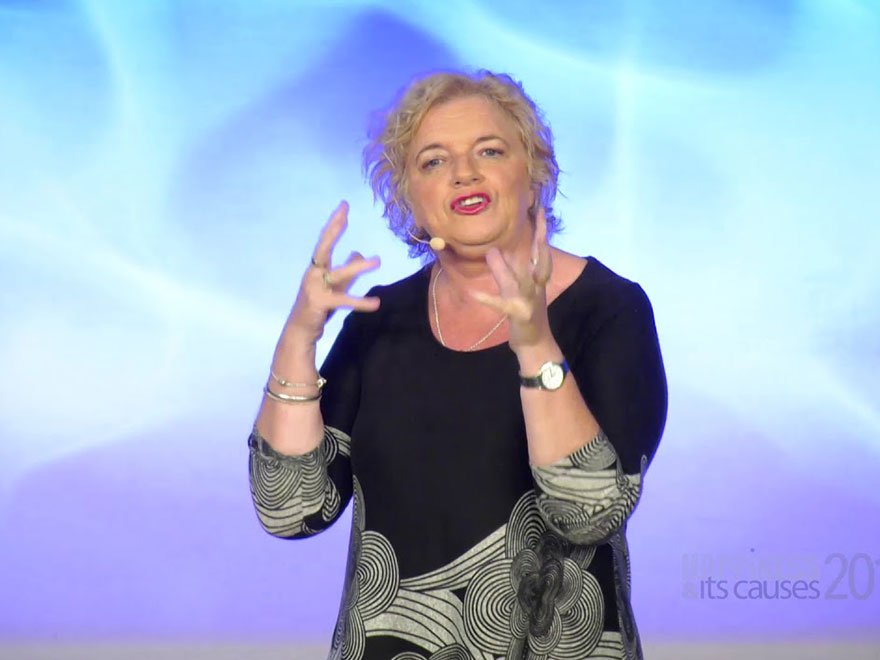 Fay is a multi-award winning national motivational speaker, educator, advocate and voice for mental health. She was raised on a farm, has lived in regional areas of Australia and now lives in Sydney.

One of the most engaging things about Fay is how she adapts to each of her audiences. People often comment to the conference organizers such as:

Fay has been Deputy Commissioner of NSW Mental Health Commission since 2012 and is the General Manager of Inclusion with Flourish Australia. She has been the driving force in the Peer Support Movement in NSW, Australia and is consulting to international services in this field. She is the instigator of the famed “why Not A Peer Worker?” strategy for Flourish Australia.

She has been awarded Principal Master Trainer status with Mental Health First Aid and last year was awarded the inaugural MHFA Champion Award. She is regularly engaged to advise the NSW and federal governments, and Non-Government Organizations (NGOs), on the state and conditions of mental illness and mental health in the community, services, and workplace.

Fay tours Australia as a motivational speaker and educator and while her aim is to impart knowledge, her addresses are emotional and humorous. Her audiences laugh and cry as she breaks down myths and empowers them. She believes that professionalism should not be void of emotions and laughter.

She was the first Consumer speaker for Beyond Blue and is a national media representative consulting to Rotary Health Research Fund, SANE Australia, Beyondblue, and the NSW Centre for Mental Health. Her aim is to destigmatize Mental Health in the workplace and community and to ensure that it is seen as an integral part of WHS and performance outcomes in the workforce, services, education etc.

Fay also is proud to be a person with a lived Experience of a mental health issue and recovery. She has bipolar disorder and refers to herself, with tongue in cheek, as a Psychologically Diverse Citizen or PDC. She also refers to people without mental health issues as Psychologically Ordinary Citizens or POCs and laughs at the number of people who come out of the wood work and honestly declare themselves as PDCs if the alternative is to be called a POC.

She in invited to speak internationally and has spoken in a number of countries such as Canada, America, New Zealand, Taiwan etc. She presents on a diverse range of subjects about mental health, recovery, prevention, early intervention and wellbeing. For example, she has spoken on subjects as far reaching as:

Fay spoken on Subjects so far:

MH in the Workplace

MH in the animal industry

Whole of government approaches to MH

MH and the arts

MH and the clinical model

She relates well to people from all cultures, for example she was a keynote speaker about Mental Health and Climate Change at the South East Asian Summit on Climate Change which was attended by climate change specialists from across the globe including European countries, Asian Countries, Britain etc.

She is honoured to be called Aunty by a number of Aboriginal Communities.

She has been invited to speak at Parliament on a number of occasions.

Fay is passionate about leading employers, employees and the community to be proactive in the mental health of our nation. She has been honored with several awards for advocacy and consultancy at state and national levels including the prestigious national Rotary Meritorious Service to the Australian Community medal.

Fay is also an accomplished artist and writer. She has had several successful exhibitions and has had both short stories and poetry published. She has worked as a stand-up comic and clown and has a background in secondary education and the building industry. Diverse… yes! Knowledgeable, absolutely! Engaging… definitely.

She has an incredible story to tell of overcoming great hardships but she loves a good challenge. Fay lives by two mottos, ‘A life lived in fear is a life half lived’ and ‘Make your mark but don’t leave a stain’.

“Fay Jackson as a Keynote Speaker at a number of our conferences and we can't recommend her highly enough. She continues to receive standing ovations for her unique angle on mental health, presented with both captivating stories and serious strategies for working with people affected by mental health. A key strength is her ability to relate the subject matter to any number of different audiences making it both interesting and importantly, relevant.

Fay is flexible to deal with, always punctual, well prepared and strives to get the most out of every one of her presentations.

Feedback from our delegates always has Fay at the top of the list of preferred speakers and we will continue to both use and recommend Fay on a regular basis."

Jenny Boden
Managing Director, Corporate Communiqué
“The way Fay presents the Mental Health Awareness training material is so unique. I have never experienced such an inspiring, down to earth and memorable educational programme before.”